Howya and other Gems 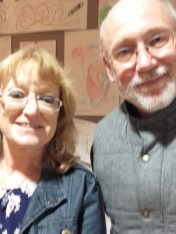 Listening to author Dermot Bolger talking-the-talk at a hundred miles an hour and in Dublin-speak – what’s there not to like about that for an otherwise dull and rainy Saturday?

I attended Dermot Bolger’s ‘Finding a Voice’ writing workshop at the Museum of Country Life in Castlebar yesterday (July 23rd 2016).  Eleven of us (all female) spent the morning listening to tips and anecdotes from an entertaining man who certainly knows his stuff.

He started with stories of his first mentor Sheila Fitzgerald from back in the 1970s,  and continued with plenty of snippets about stars of the current Irish literary world. Dermot Bolger rubs shoulders with the literati (heck, he IS the literati!) and he has tales to tell about them all.

He revealed his own preference for writing that has texture and quality, and he highlighted the necessity for dramatic opening paragraphs that make you want to read on.  He also reminded us that you need to make time to write – and be as adamant about keeping to that special time as his late wife was about keeping silence in the house while she watched Coronation Street!

His general advice to would-be novelists was to get the first draft down with ‘passion in your heart’ and then start editing the second draft with ‘ice in your veins’. He also insisted that while it’s great to be able to disappear (as he has done) to a lighthouse to do your writing, it’s not absolutely necessary. Wherever and whenever seems to be the key – in other words: just get on with it!

We did some writing prompted by photographs he brought along – and then he went around the table critiquing us, along with the original piece of writing we’d submitted in order to get a place on the workshop.

He gave everyone positive and encouraging feedback, which was nice.  Interestingly, he thought my story could have been  more specific location-wise (I’d been deliberately vague about naming a battlefield site) but I didn’t own up that (thankfully) a few other editors haven’t taken the same view. That particular 600-word story has so far won me the Hanna Greally Award and €200, it’s been published in two anthologies, and it is about to go into a third. Which just goes to show how subjective views on writing can be.

The afternoon session was to a bigger audience when Dermot talked and answered questions about his long and successful career writing poems, plays, novels, short stories and journalism. His inspiration takes different forms – he can knockout a story whenever he gets a call say, from the BBC!

I took away a few gems from both the morning and afternoon sessions – it is lovely that a writer of Dermot Bolger’s calibre can be so enthusiastic and encouraging towards new writers and that he is so willing to give advice and insider tips and information.

And his rapid-fire, heavily accented delivery made for a hugely entertaining day.

But in all the excitement I forgot to thank him for choosing my piece as one of the winners in the I am Dublin Competition earlier this year. Mind you, he might have been peeved to hear that he awarded a blow-in the prize, and one who can’t do the Dub accent unless she’s a (Christmas) drink taken. Which may be a story for another day.