I’ve barely written a word for nearly three weeks, which must be something of a record for me. I’ve even stopped writing in my journal.

My mother, less than two months short of her 95th birthday,  has died, and while I wasn’t surprised by her passing, I was shocked (they’re different). Despite my best intentions, I discovered I wasn’t a bit prepared for the loss.

Me and my sister (her only children) were in agreement for some time that our widowed mother’s life as a bed-ridden cripple in a Care Home could not have given her much pleasure lately, despite being a deep well of poetic inspiration for me. 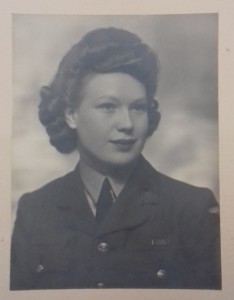 We were waiting. And waiting. But, true to form, my mother wasn’t going anywhere until she was good and ready. She’d even hinted once that she might hang on for a 100th birthday message from the Queen. Then suddenly, she was gone.

I’ve lived in Ireland for more than 15 years now and one of the things I think the Irish do well is death (they do loads of other good stuff, of course, but please cut me some slack here).

In Ireland, you are usually buried within a day or two of dying, instead of the two or three-week wait for a funeral in the UK. I was just starting to get used to the idea of finally being an orphan, thinking I’d come to terms with what had happened, when more than two weeks after the event (Black Friday indeed), we had to fly across the Irish Sea to face a harrowing funeral.

And then there were the boxes and boxes of photographs and letters that I’ve never, ever seen in my entire life, little family secrets revealed. Nothing too steamy, just pictures of my father as a goofy teenager (he was once in his teens?). And a letter revealing my sister was named for my father’s step-mother, whose first name I’d never heard before. A diary entry marking my parents’ engagement on my father’s 22nd birthday was another revelation.

My parents were of a generation who didn’t share personal information or feelings with their offspring. In contrast, my own children want to know every cough and splutter of my life (in a nice way) and will have no surprises hidden in diaries and celluloid when I slip this mortal coil (I don’t think they read this blog though – ha!).

For the record, Elsie Corti (Ginger to some of her friends and family), was a bit of a looker in her day, stylish and well-dressed, a woman ahead of her time with strong views on feminism and female capabilities. She taught me the skills that made me the domestic goddess I sometimes pretend to be (cooking, sewing, how to read a book instead of dusting, that kind of thing) – and she gave me the nerve to try my hand in a man’s world, many times.

But before I go all mushy, I have to remember she often said I had a face that only a mother could love – I got brains, my sister the looks. Hey ho.

There’s still a sad poem or two to be wrung out of that thought.

* Meanwhile, here’s one of her favourite songs, ‘In the Mood’ by Glenn Miller